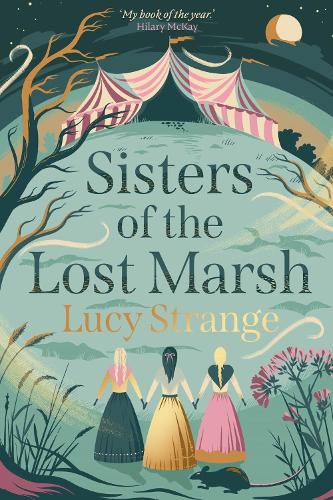 Willa is one of 6 children plagued by the curse of six daughters. She lives with her older sisters, Grace and Freya and her younger sisters who are triplets named Dolly, Darcy and Deedee. She also lives with her kind Grammy and controlling, curse-obsessed Dadder. Dadder has arranged for Grace to marry a horrible old man in the village called Silas Kirby in exchange for one of his fine horses but Grace doesn’t want to marry him. He needs Grace to be married otherwise the curse says that he will be buried dead by his youngest daughter.

One night, leading up to the day of Grace’s marriage to Silas Kirby, a fayre arrives in town called The Full Moon Fayre. The three oldest sisters see this as an opportunity to escape for a while from the horrors of their world but it doesn’t go to plan. Whilst at the fayre, Grace sees a fortune teller. Grace hopes for some comfort in her future but instead the fortune teller gives her, her money back and tells her to run. The next morning Grace is gone.

In the following months, Dadder becomes increasing cruel to his daughters, especially Willa because now the curse is coming true as Grace never married anyone. One night Dadder makes Willa sleep in the cold barn outside so Willa decides that she has had enough. She steals Dadder’s new horse, gifted to him by Silas Kirby and sets out to find her sister.

Does she find her sister?

Does Silas Kirby get angry that his horse has been stolen?

Does the curse come true?

We give this book 5 stars and we recommend this book to 9+ readers who enjoy a story about magic and family. If you like the sound of this book, you need to check other Lucy Strange’s other books too – there are lots of reviews on our website!