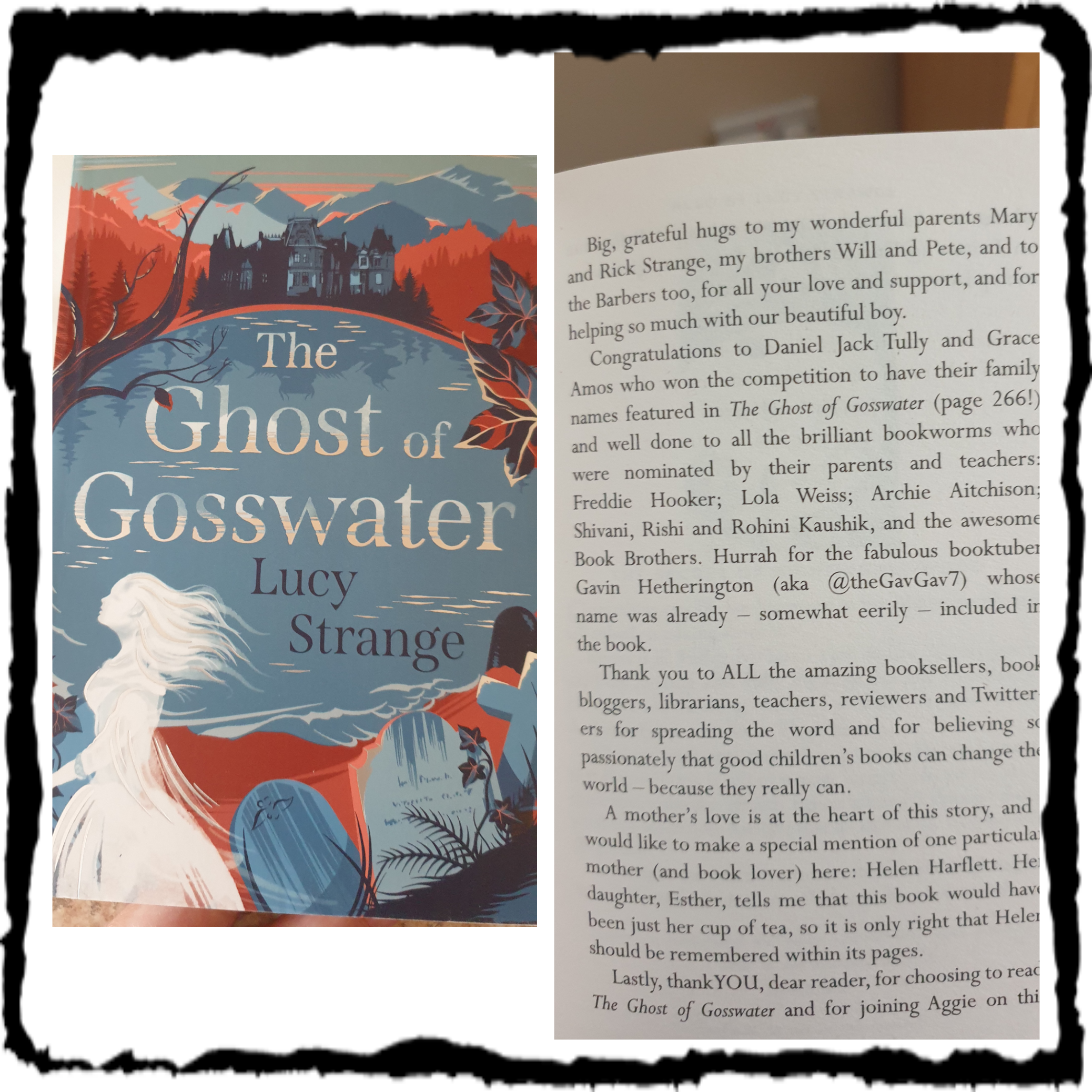 The Ghost of Gosswater
Lucy Strange

Lady Agatha Asquith believes that she is the daughter of the earl and countess of Gosswater. However, when the Earl and Countess both die her evil cousin Clarence reveals to her that she was illegitimate and forces her out of her own home to live with a measly goose farmer. The goose farmer is her real father but they don’t really get on and Agatha is really struggling with the transition from being the rich daughter of the earl and countess of Gosswater to a peasant farmer. At her father’s funeral, she meets a boy called Bryn. Bryn works with the sexton on Skelter Island, which is where all the old earls’ graves are. The sexton believes that the island is haunted and at midnight on New Year’s Eve, a ghost will pass through the crack in time to right the wrongs of their life. Bryn and Agatha agree to return on New Year’s Eve to go ghost hunting. After they go Ghost Hunting, (Agatha sees a ghost) and then Bryn finds out the truth about his new friend.

Does this destroy their friendship?

Who is the ghost that Agatha sees?

Does Agatha find out the truth about her family?

Does her cousin prevail in his evil plan?

If we had to sum up this book in five words we would use: ghosts, friendship, family, lies and destiny.

We really enjoyed this book and think that everyone (young and old) should read it. Thank you to Lucy Strange for mentioning us in the acknowledgments of the book!