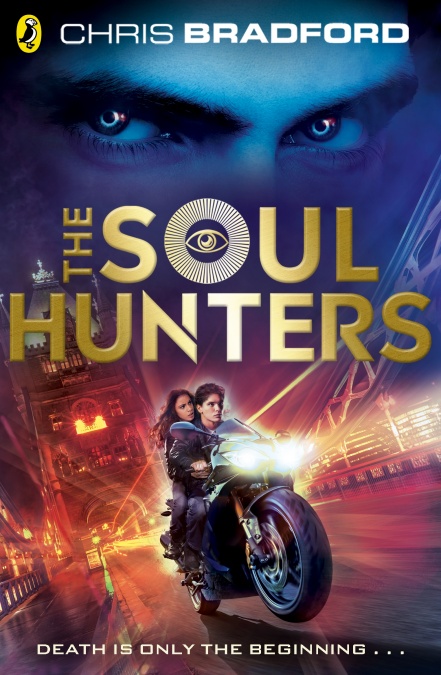 This book is about a girl called Genna who loves history. She has been invited to view a private collection of historical items collected by her best friend’s parents. As she is exploring, she stumbles across an empty room full of South American treasures and she begins to hear a strange noise. Her eyes flick over the room until they rest upon a knife made of pure jade. It is unbeknown to her as to why she cannot take her eyes off it.

She moves towards the knife and opens the case. As she opens the case, she begins to hear the noises again but this time, they are much louder. She can smell smoke and just before she touches the knife, a voice snaps her back to reality. The voice belongs to a boy who claims that his name is Damien and as he touches her skin, his eyes turn to black pools of ink. His grip tightens around her hand and she begins to feel uncomfortable.

Thankfully, her friend saves her from the awkward situation. Due to this encounter, she decides to leave early and because the train station is closed, she takes a shortcut through the dark park. In the middle of the park, a gang led by Damien surround her and say that they want to sacrifice her. The gang is just about to use the jade knife on her, when a boy appears out of nowhere and attacks the gang. She then runs away and takes the bus home.

The next day after school, she is walking home and sees a homeless man asking for money. She goes over to the homeless guy to give him some money when he grabs her. His eyes start going dark just like Damien’s and he grabs her arm and starts shouting “à la guillotine”. Genna then prises the man’s grasp on her arm and runs away from her second assailant in 2 days.

That night Genna has a very vivid and real nightmare about being killed in the French revolution. She believes it is just a dream but it really is a memory of one of her past lives and her life is going to start drastically changing.

The following day, Genna is walking to school when she is pushed into a van and locked inside. Genna has been kidnapped. She thinks that she is about to be killed, when the van door opens and a mysterious boy comes to rescue her.

Who is the boy?

What does he want?

Does Genna get attacked again?

We recommend this book to 11+ as some of the scenes might be a bit scary for younger readers. We give this book 6/5 stars and recommend it to readers who enjoy mysterious and thrilling reads. We think it would make a fantastic movie. We look forward to reading the next book in the series and hope we don’t have to wait too long!